The Office of the President

As I watched and read about the horrendous acts of these extremist citizens, those with so much privilege that it spewed from them in hate and rage, I was beside myself.

I grew up respecting the position and leadership of the President. Yes, I was taught that respect, but it also was earned along the years as I grew up as well.

Throughout my 40 years, that I remember Presidents, I certainly did not always understand everything, or pay attention to it all, but if the President was speaking it was a reason to stop and listen. There was always an air of strength, respect, and authority that I remember their faces to show, and their words and tone to exude. Even as I got older and understood more of where I fell on the political spectrum, including my differences with their views, there was still a respect for the person and the position of the President – yes even when we disagreed.

Since the time when the possibility of Trump running was even a reality, that I honestly thought was a joke, I remember being so confused. He never exuded the same Presidential oura. The little girl inside of me that watched Presidents growing up and respected the position began to get very confused and scared at what she was seeing and hearing. This gut instinct has been on edge for the past 4 years for my self preservation, but also because the respect and position of President in our democracy is indeed a position I wanted to be imparted onto the young generation.

What yesterday demonstrated was that indeed this man did not exude the same Presidential oura as past Presidents, he exuded a different one that through actions, or lack there of, words, tone, energy, and being had been spewing forth hate and rage for 4 years. Yesterday’s domestic terrorism was not only spun up and rallied by this man, but was born from this man in this highest position over the course of his time in this role.

Watching congress come back together when they were safe to do so Wednesday night instead of letting hate and evil win was a very moving and needed step for my heart, and for the little girl inside me to see. There were such powerful small moments shown by congress of unity, decency, and hope. I pray that we continue to see democracy win out, decency prevail, and remember the words of Martin Luther King Jr. – “Darkness cannot drive out darkness, only light can do that. Hate cannot drive out hate, only love can do that.”

View all posts by Modern Cavemom

“Through Our Experience We Teach” 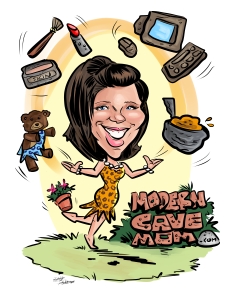 Have you ever kept hearing something so loudly that you couldn’t ignore it anymore? Well, the above quote is a strong metaphor for my life, and what has brought me to being a blogger today.